Home » Page » ACRU
The ACRU model has its hydrological origins in a distributed catchment evapotranspiration based study carried out in the Natal Drakensberg in the early 1970s (Schulze, 1975). The acronym ACRU is derived from the Agricultural Catchments Research Unit within the erstwhile Department of Agricultural Engineering of the University of Natal in Pietermaritzburg, although it has now become the model’s generic name without reference to the former unit.
The agrohydrological component of ACRU first came to the fore during research on an agrohydrological and agroclimatological atlas for Natal (Schulze, 1983). Since then the model has developed, through co-operation with many colleagues and graduate students, and through generous funding mainly from the Water Research Commission (WRC), to its present status. 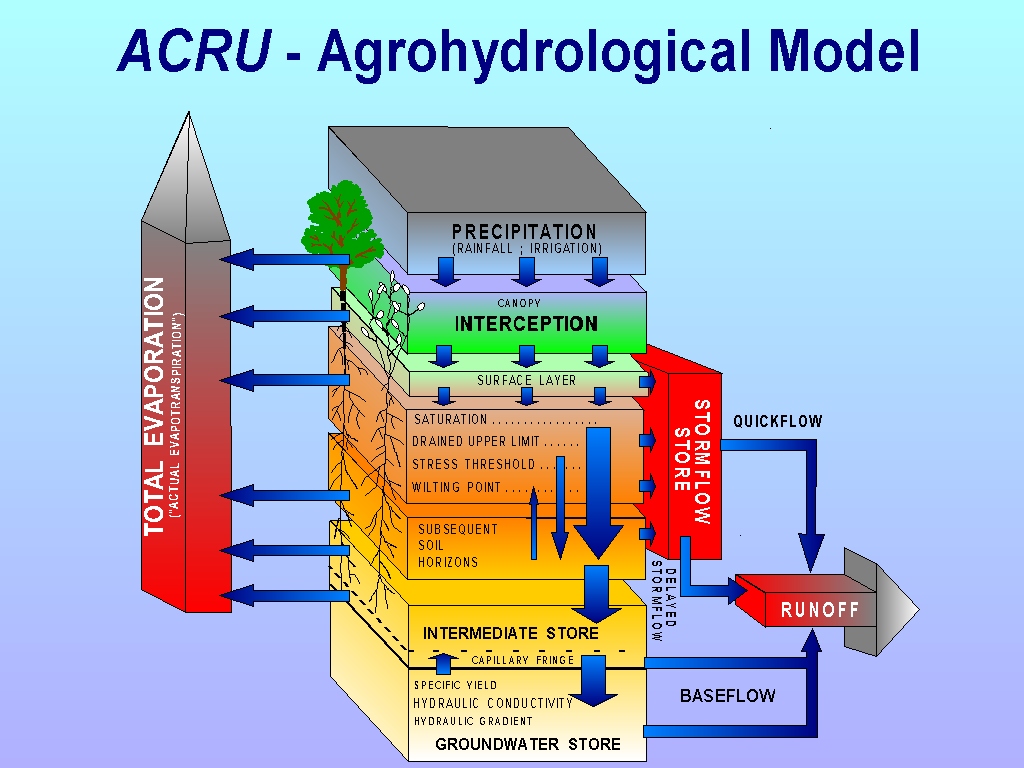 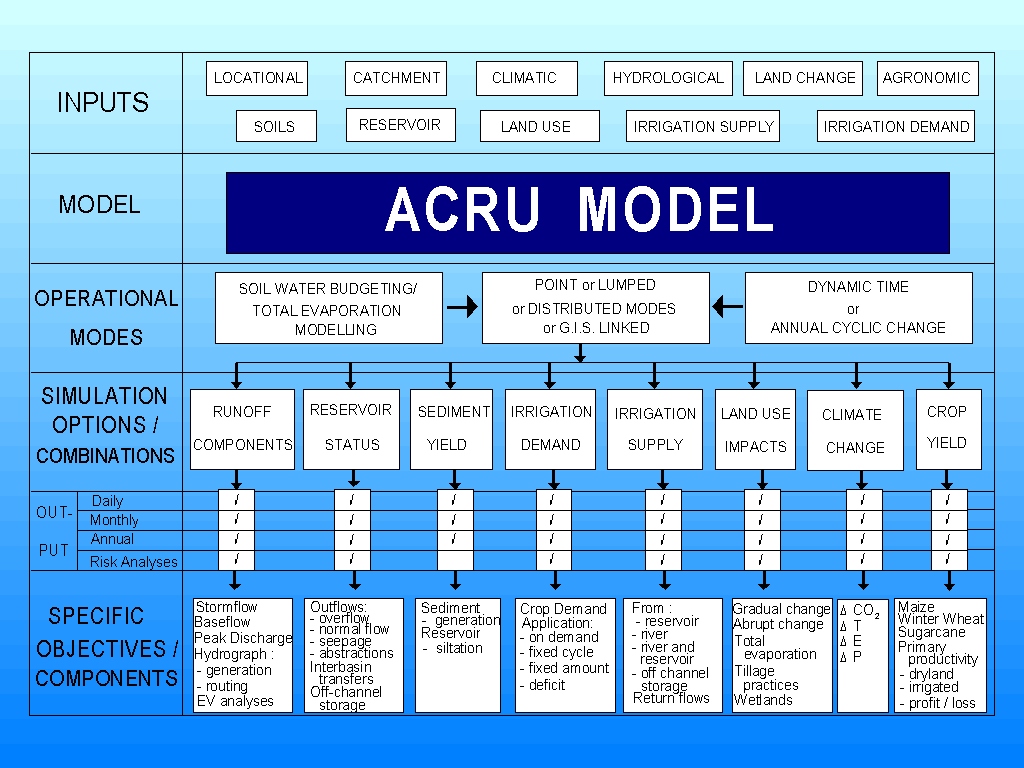 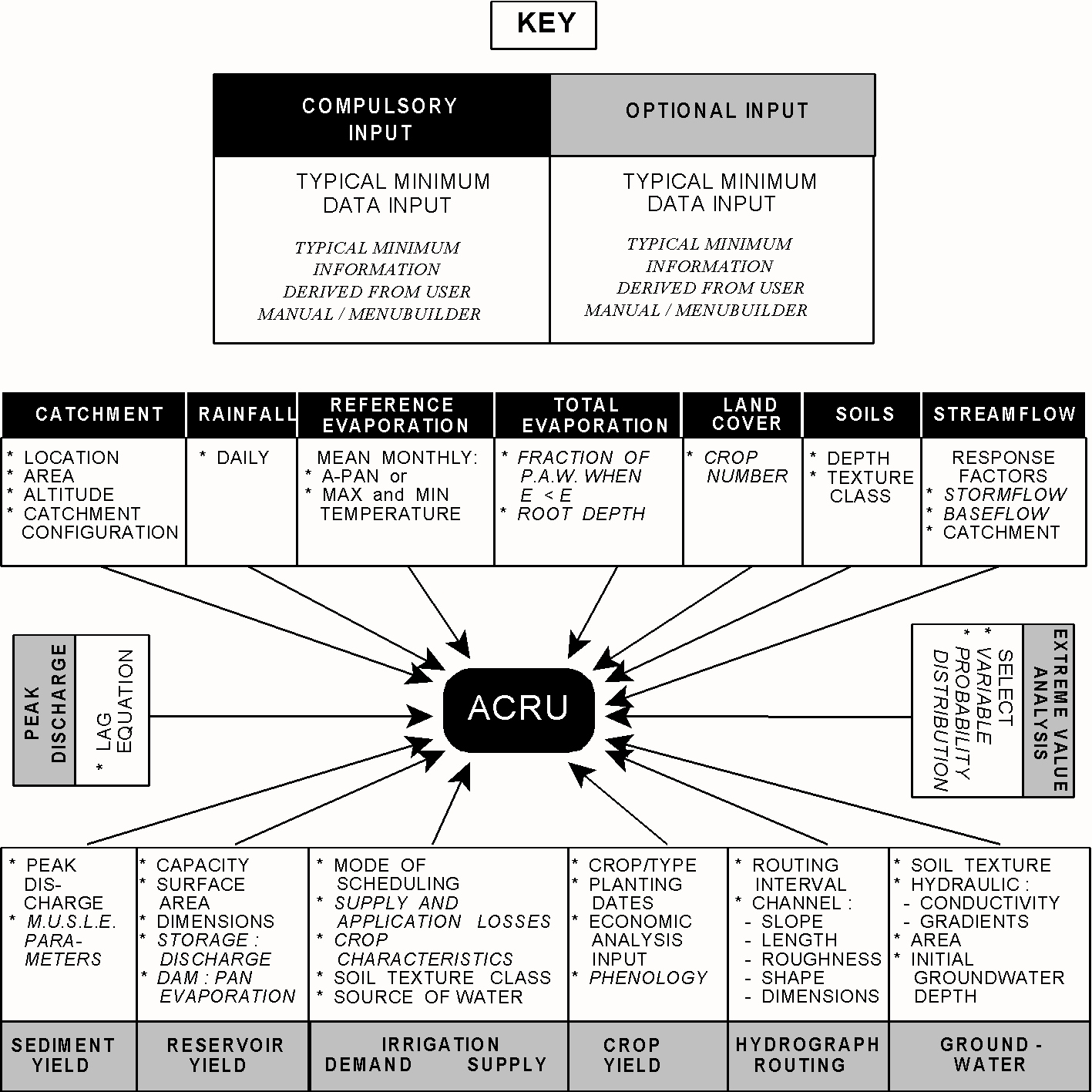