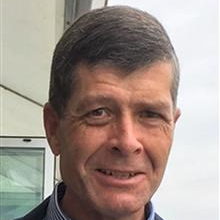 Prof Jeff Smithers graduated with a BSc Engineering (Agricultural) degree in 1982 and completed his MSc Engineering in 1984, both degrees awarded by University of Natal. After completing his National Service, he worked as an Engineer in the Directorate of Agricultural Engineering, Department of Agriculture. He joined the University of Natal in 1989 as Senior Research Fellow to work on research contracts in the hydrological field. After being employed on research contracts for more than 10 years, he joined the permanent lecturing staff as a Senior Lecturer in 2001.

Prof Smithers is a registered professional engineer, is a fellow of the South African Institute of Agricultural Engineers (SAIAE) and currently serves on the National Council of the SAIAE.

PhD (Engineering), University of Natal, 1999
Thesis Title: Development and evaluation of techniques for the estimation of short duration design rainfall in South Africa